Many changes occurred in the 20th century for the American people, including dramatically increased life spans, increased levels of education, and increased economic security in retirement from Social Security and other pension plans. A new class of citizens arose: educated retirees with health, time, and economic means.

Lifetime Learning (LL) organizations evolved to respond to the intellectual interests of this new class of seniors by offering non-credit course. Wellesley-Weston Lifetime Learning (WWLL), formed in 1976, is one of the oldest of these organizations (and one of the few not affiliated with an institution of higher learning). WWLL is entirely staffed and run by volunteers.

Watch our short presentation regarding the advantages of Lifetime Learning and some summary facts about WWLL. For those who wish to study the slides further we've also created a PDF version available for download. Alternatively, if you'd like to view the pressentation on your desktop or mobile device that has the PowerPoint app, download the presentation and view it in your PowerPoint program or phone app.

History of WWLL and the LL Movement

In May 2016, WWLL held a 40th Anniversary Celebration which featured several speakers. It was recorded and is available for viewing in two segments: 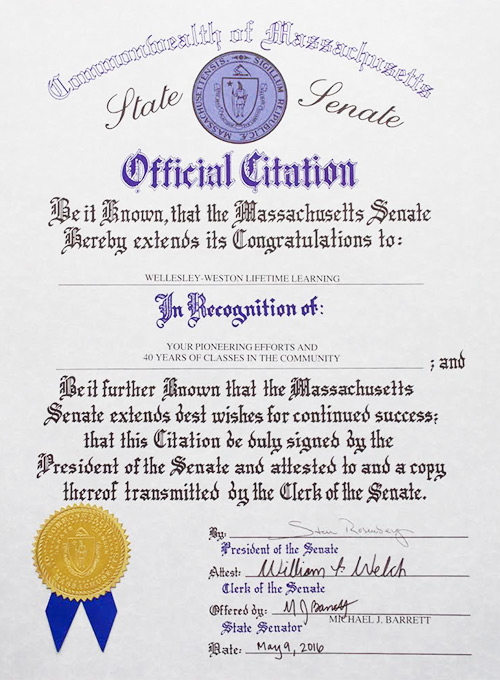 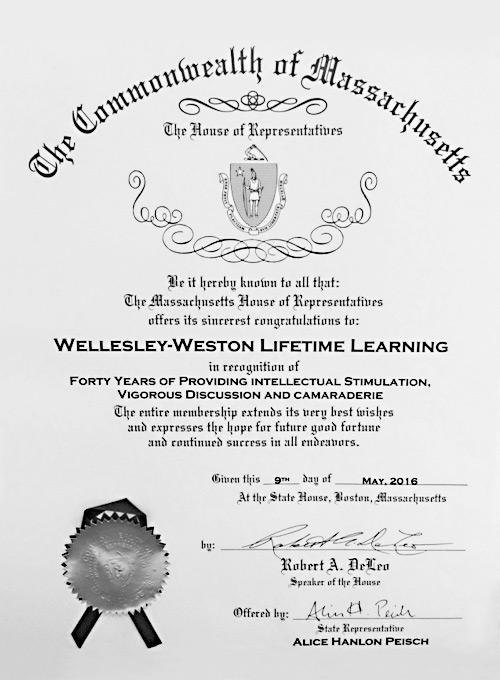